Making the Best Gelato in the World 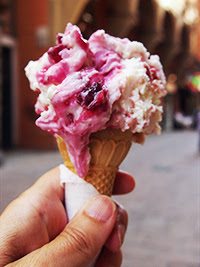 I spent two weeks in the Bologna area at the end of the summer. Situated between the Poo Plain and the Apennine Mountains the area is famous for its meat products, cheese, balsamico and pasta. At the beginning of september there were also plenty of fresh fruit. Not to mention the gelaterias, more than 100 of those in only Bologna! Besides tasting gelato flavours, I attented one week basic gelato course at Carpigiani Gelato University.

You can't buy gelato in a supermarket

After many theory lessons, intense hands on practice in the gelato laboratory, and my individual gelato testing tours, I think I know now something about this traditional italian treat. The difference between ice cream and gelato comes out best by saying that you can't buy gelato in a super market. The main differences in figures are: gelato contains 0-8 % butterfat while ice cream contains it between 10-18 %, the overrun in gelato is 30-40 % while in ice cream it is 50-100%, the serving temperature of gelato is -12 - -14 degrees C while the serving temperature of ice cream is between -15 - 118 degrees C. As a result, the warmer temperature, less fat and lower air content creats a more intense flavour.

But besides the above mentioned there are still some other signicant differences between traditional, artisanal gelato and commercial ice cream: gelato is produced in small quatities, made of fresh ingredients usually by hand at the gelato shop, and the range of the flavours varies with the season. In modern gelaterias this freshness is emphasized by showing the laboratory behind the showcases.

Carpigiani Gelato University spreads the culture of gelato throughout the world

Carpigiani produces a large range of machines for gourmet gelato. It was founded in Bologna 1946. The network of Carpigiani sales and technical support is today worlwide. Carpigiani Gelato University was established in 2003 with a mission to lay basis for a worlwide gelato culture. The headquarters is in Anzola dell'Emilia, Bologna and courses are arranged in several other places throughout the world, for example in Great Britain, Unuted States, Argentina, Japan, China, Germany, Brazil, Dubai and Singapore.

At the basic course of five days we learned the basics of making gelato and every day we had also hands on practice in small groups at the gelato laboratory. The first day we had theory lessons of raw ingredients and production method of gelato. In the afternoon we already made huge amounts of gelato of basic flavours. We learned how to clear and disassemble the batchfreezer.

The next day we went deeper in the production process and in the afternoon we made fresh and beautiful coloured sorbettos. We also had a guided tour of Carpigiani Gelato Museum. The museum presents the thousands of years history of gelato from using natural ice and snow to modern gelato production and machinery. For tourists the tours are always guided and have to booked in advance. The guided tour includes gelato testing in Gelateria Carpigiani beside the headquarters, Via Emilia 45 (Anzola dell'Emilia).

The third day we made toppings and enriched gelatos; stracciatella, variegated, inclusions and composed flavours. The following two days we learned about single portions, soft gelato and stick gelatos. At the theory lessons we learned among other things about hygiene, gelateria design and business planning. We also had a final exam before a group photo.


Our teacher Christian Bonfiglioli was awsame, spoke clearly and repeated essential facts adequately. We had a lot of hands on practice in the laboratory and it was nice to work in the small groups. It was interesting to get to know people around the world. With a special joy I look back at the team spirit of our finnish-itialian group. We made all together, so that everyone got to learn and see the whole process ... even at the expense of being nearly always the last group to finish :).


The courses at Carpigiani Gelato University are mainly for people who are planning to become gelatieres. The whole program takes four weeks to finish. The basic course gave good knowledge of making gelato and I think I can apply the knowledge even in making my own homemade gelato.

The best gelaterias in Bologna?

So, where do you find the best gelaterias in Bologna? Though I tried, I didn't manage to visit them all. But here are some suggestions for those who are going to visit this gelato capital:

La Sorbetteria Castiglione, Via Castiglione 44 - vide selection of flavours, production to be seen behind. Minus for the calory information of gelatos :).

La Torinese, Piazza Re Enzo - a good gelateria and cafe, serving at tables in a nice piazza near Piazza Maggiore.

Cremeria Sette Chiese, Via Santo Stefano 14 - besides customary gelato portions there is a good selection of stick gelato. Is situated near the attractive Piazza Santo Stefano.

It is now plety of plump blueberries in the woods. Tasty way to store the flavors and vitamins of the berries is to make raw ice cream. Here is two recipes. The first one I learned at a raw ice cream course arranged by Foodin Akatemia. The second one is a variation I made yesterday at home. This ice cream is at it's best when it is kept about two hours in the freezer after done in the ice cream machine. If it gets totally frozen in the freezer, take it out about half an hour before serving. 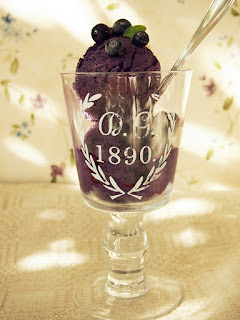 Variation: like above but only 1 tbs cardamom, 1 tbs palm sugar and 2,5 - 3 dl creamy coconut milk.

Mix all the ingredients together in a food processor or a mixer into a creamy, smooth mixture (add water if needed). Pour the mixture into an ice cream maker and freeze according to the manufacturer´s instructions. You can enjoy the ice cream right away as a soft ice or transfer the ice cream to a freezer-safe container and freeze about two hours before serving. Frozen blueberries are perfect for decoration, they become beautifully frosty when taken in the room temperature. 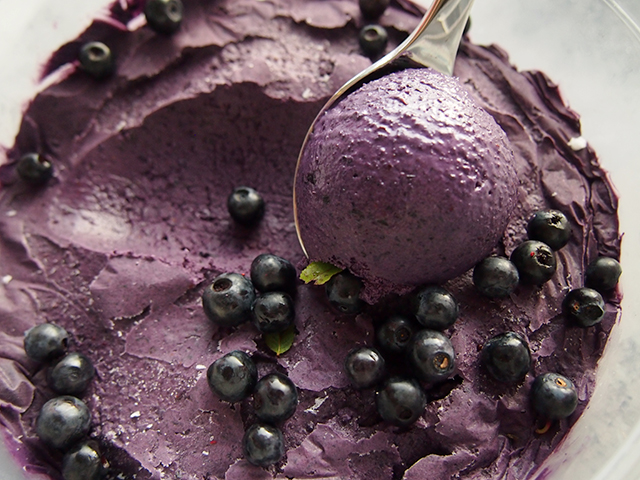 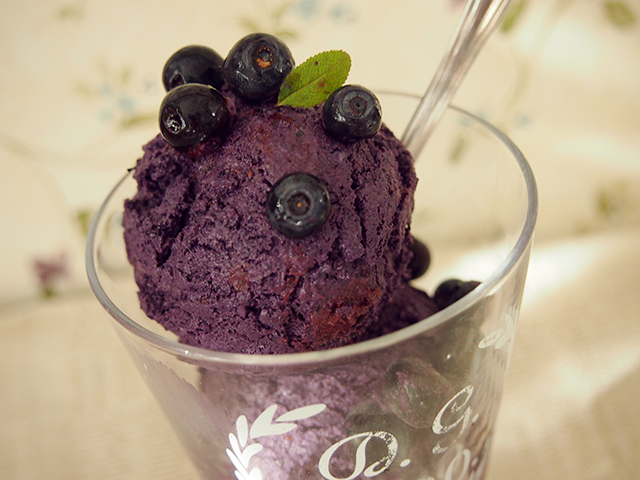 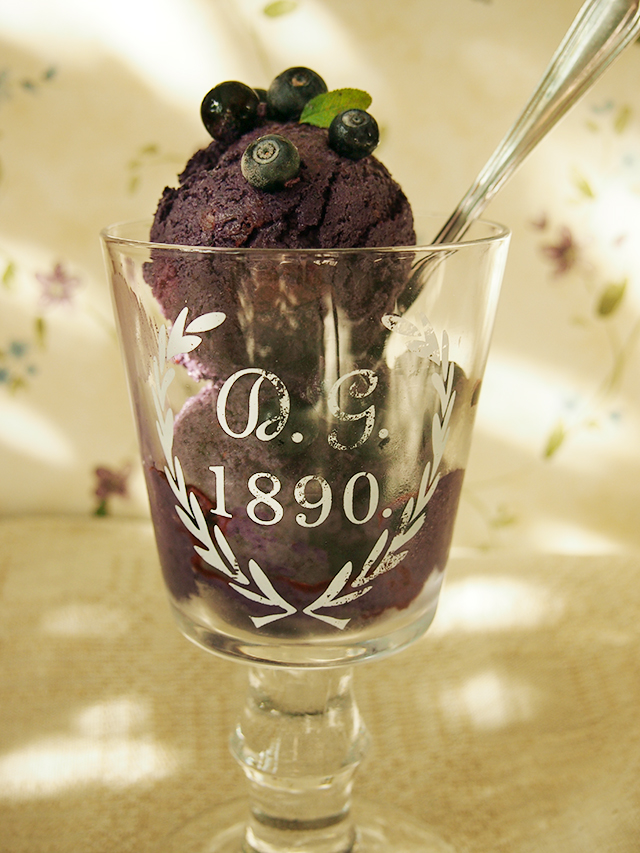 I learned this coffee ice cream recipe at a raw ice cream course in Helsinki, arrangede by Foodin Akatemia. I think this was one of the best flavors we made. Here is the original recipe and a variation I made, because I hadn't all the ingredients in my storage. This ice cream is at it's best when it is kept about two hours in the freezer after ice cream machine. If it gets totally frozen, take it from the freezer about half an hour before serving. 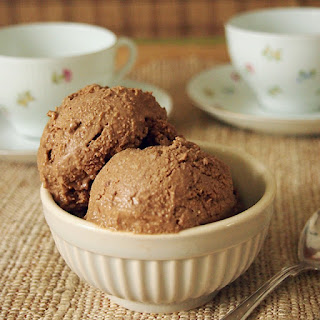 Prepare like above, but process the cashews, coconut oil and coffee first, until smooth and creamy. Then add the rest of the ingredients. 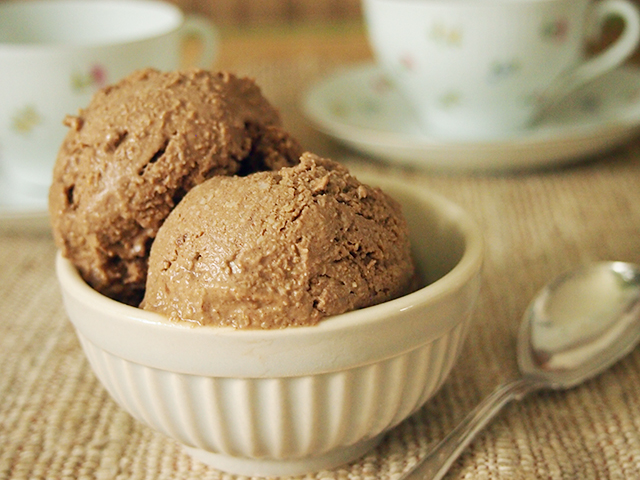 After a meal it is sometimes nice to have a sweet bite or two. These almod based chocolate and orange flavoured bites are just perfect for that. They are perfect snacks, too and go with a cup of coffee. And they are easy to make! 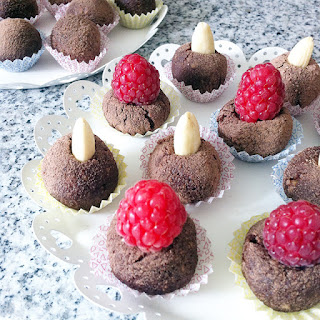 Put the almonds, cacao, grated orange zest and salt in a food processor and process until finely ground. Add the dates, agave nectar, orange juice and vanilla. Process until the mixture becomes sticky and forms a glump.

Roll the mixture into about 2,5 diameter balls. (It is easier if you wet your hands.) Sprinkle some cacao powder on the balls. If you like, you can decorate the balls by pressing thumbprints on the balls and placing fresh raspberries on them. Or decorate with peeled almonds. Chill and store in refrigerator before serving. They will keep in the fridge for a couple of days. 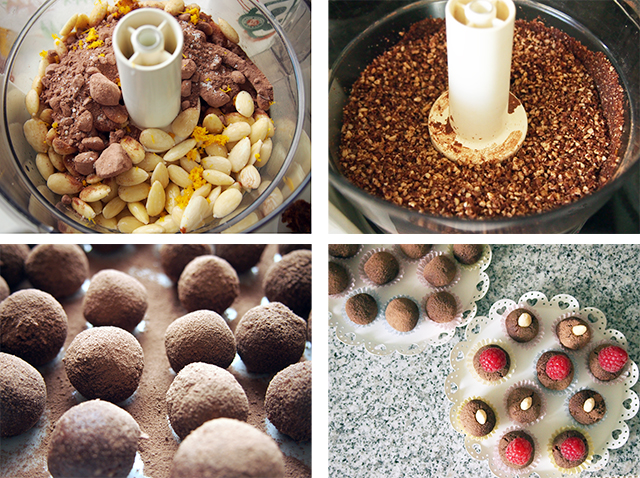 There are some nice gelato and ice cream shops in Turku, which serve self made or a bit different ice cream than you find in shops or traditional ice cream kiosks. Here are some to mention and worth visit in (there is a map of the locations at the end of this post):

Gelateria Nuvole at Thalia (Hansakortteli) makes real italian gelato on site. The flavors are delicious and my favorite is definitely pistachio. A bit savory and yet so sweet.


Near Nuvole there is a new ice cream shop Minetti, which has a large range of flavors and the ice cream is produced mainly in Italy. They make scoops in Minetti, so you probably should call it ice cream instead of gelato.


Coffee shop and ice cream bar Harmonia makes it's own ice cream in Braahenkatu 2. Brightly furnished and restful coffee shop serves the ice cream in pretty glass bowls and with a biscuit.

Lintukoto (Bird's Nest) in Aurakatu 4 is a design shop, which also serves scoops of ice cream made by a small ice cream facrory in Tampere, Tampereen jäätelötehdas. They have quite interesting flavors. 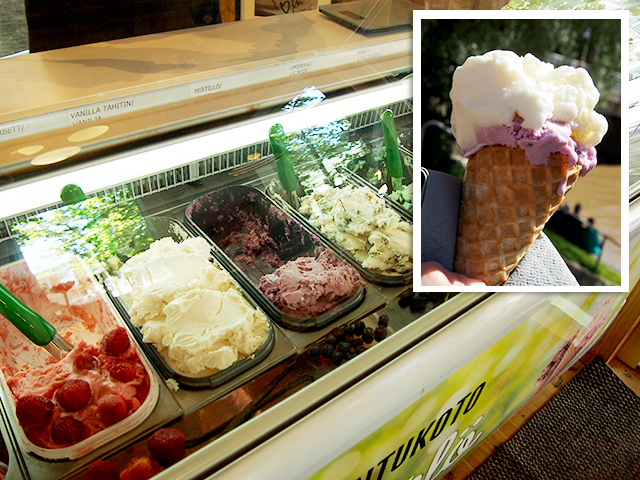 You can taste unique flavors also in the Viking Restaurant Harald, Aurakatu 3. The ice cream comes from the Peltola dairy farm in Yläne.

Restaurant Sergio's (Läntinen Rantakatu 27) has a small gelato shop Piccola Cantina in the summer. You can buy this delicious self made and fresh gelato inside the shop or from the ice cream bike outside.

I could also mention Jäägurtti near the junction of Läntinen Rantakatu and Aurakatu. Jäägurtti serves delicious "artisanal frozen yogurt". You can make your own portion and decorate it with your favorite toppings. 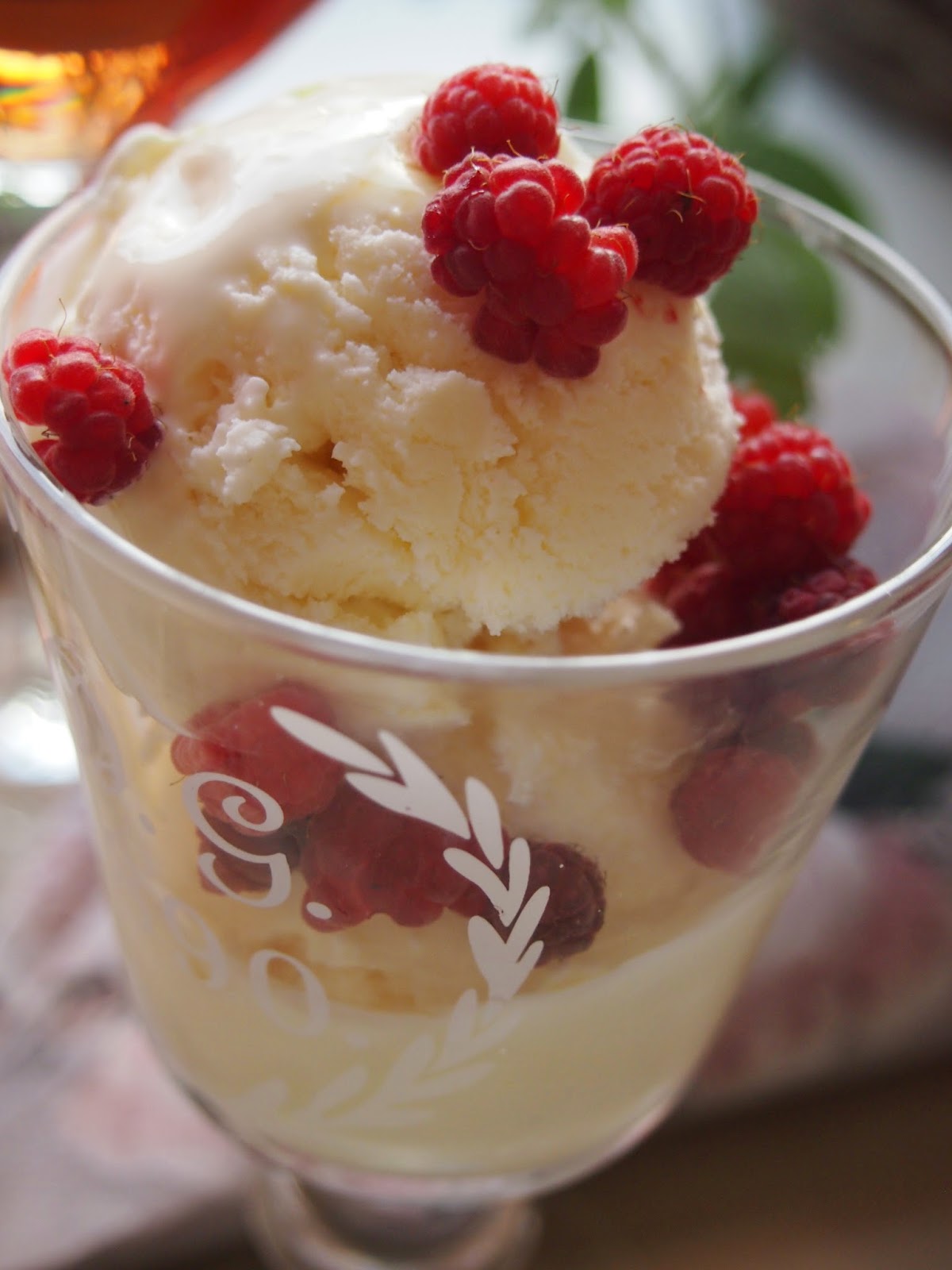 My best (and most laborious) self made ice cream so far is the tartufo (chocolate and hazelnut ice cream with chocolate core). Now I have found a serious challenger to it. I decided to try how to make ice cream of goat cheese. So, here is my quite simple recipe of goat cheese ice cream, which rises right up to the second place in my top list.

Cut of the hard outer part of the goat cheese. Cube the cheece and put the cubes into a bowl. Add the sugar, liquid honey, the grated  lemon zest and lemon juice. Whisk until the sugar is dissolved.

Stir in the milk and cream and refridgerate the mixture until chilled. Pour the mixture into an ice cream maker and freeze according to the manufacturer´s instructions. Transfer the ice cream to a freezer-safe container and fold in some liquid honey. Cover and freeze until firm. Serve with fresh raspberries.

To get a stronger taste, use 100 g goat cheese. 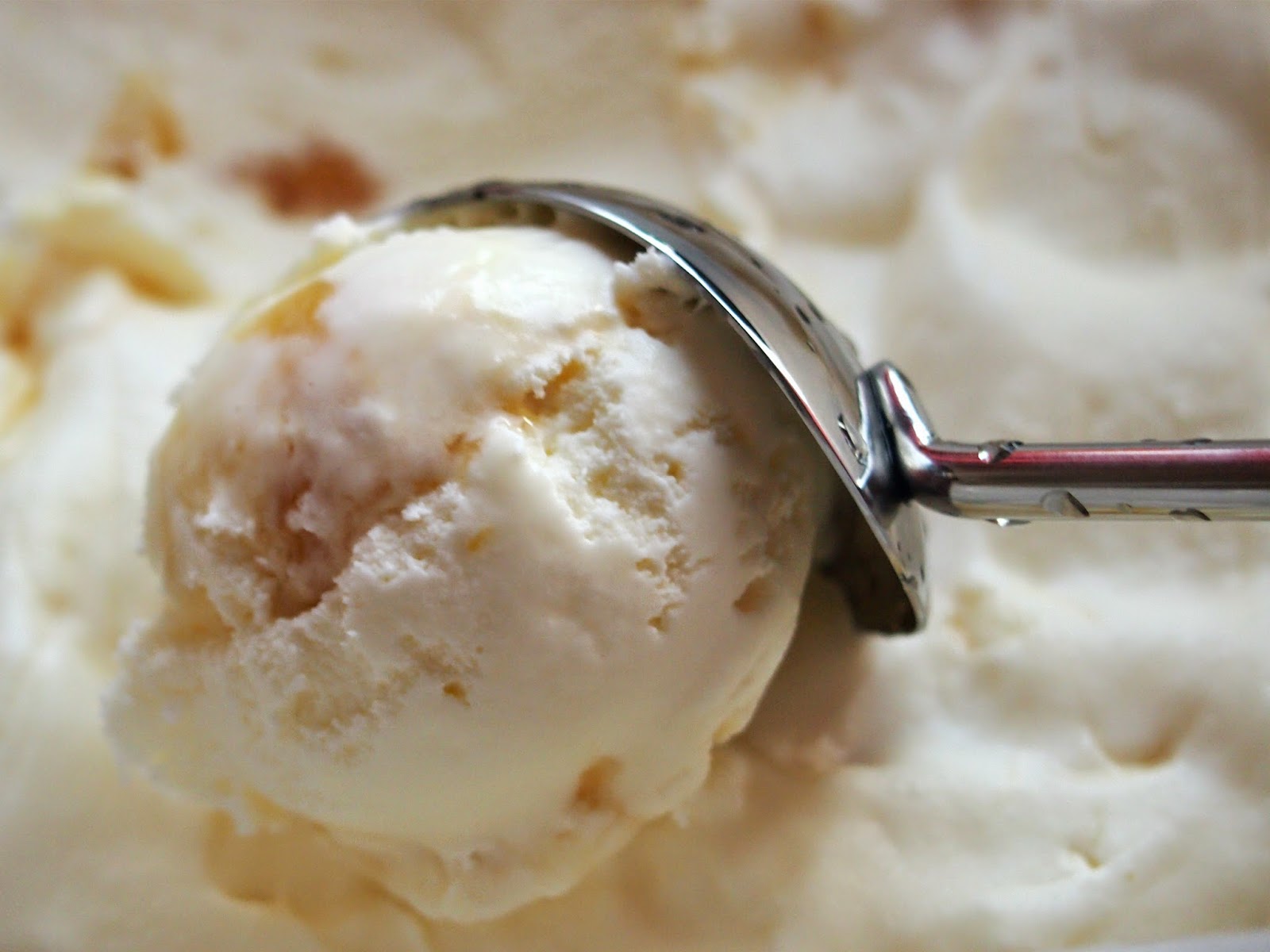 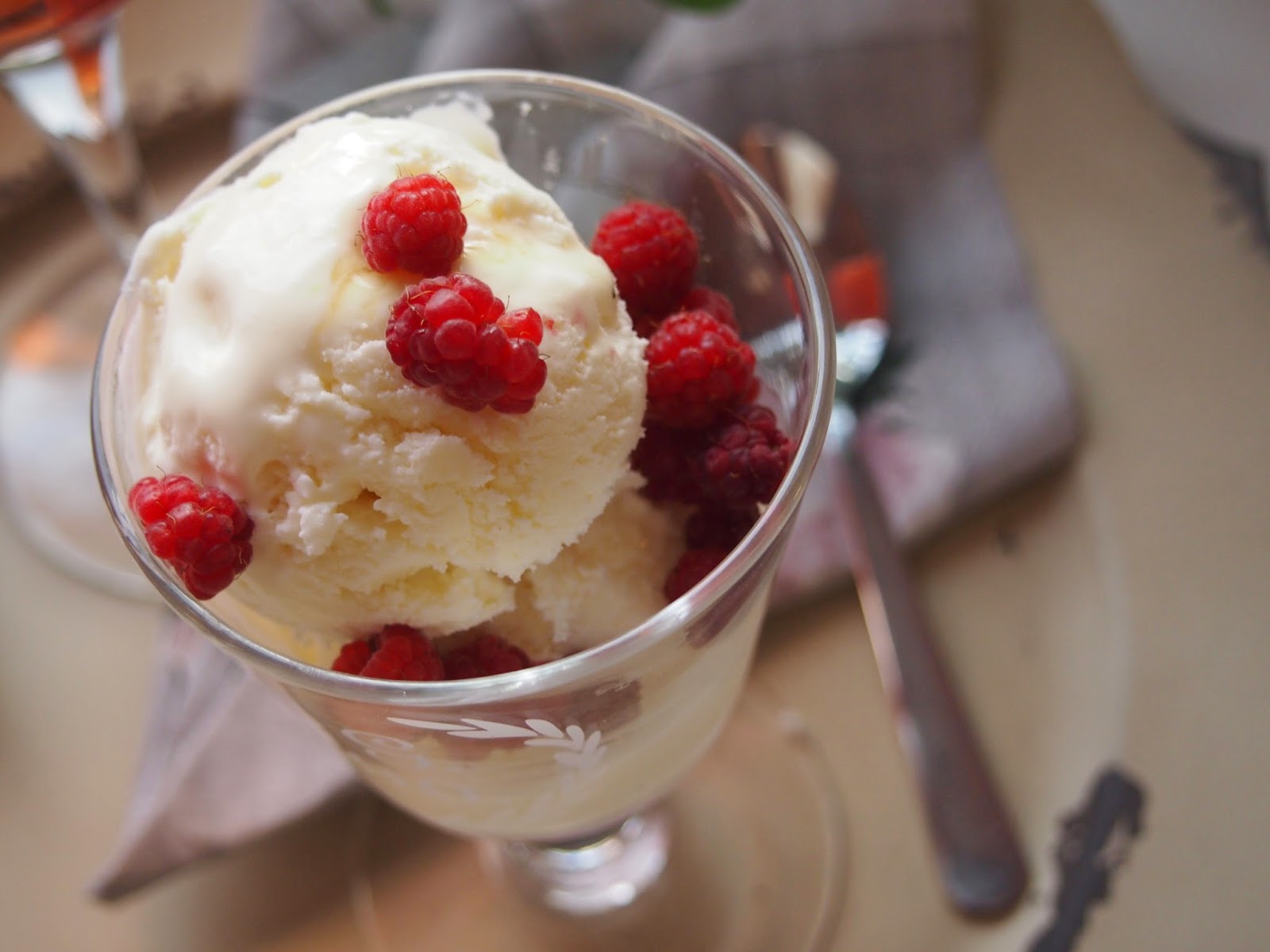 The first outdoor ice cream cone in spring tastes so delicious. At the end of may the sun was shining, flowers were plated on the Theatre Bridge and it was over zero degrees warm. So, time to celebrate!


About me and my blog

This blog is for sharing the most delicious ice cream tastes and moments. I have been searching the best ice cream in the world for decades now, and the search continues... At the same time I'm learning to make my own recipes. The good ones I share with you.

We just love ice cream here in Finland, you know. Ice cream consumpion per capita is the highest in Europe, 13-14 litres/year. 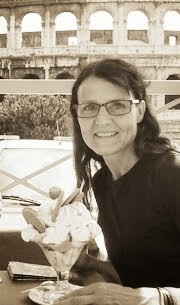 My cat (she loves the egg yolks) 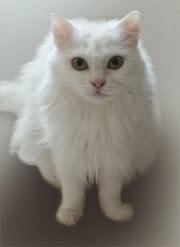